Last year when I was thinking about topics to write about the subject I’m going to speak on today was on that list.  It was one of the first things I wanted to speak on but if you have been reading my blogs you know that I’ve decided to go deeper within, so I haven’t been posting blogs as much. Well, a couple of days ago I was privy to be apart of an experience that reminded me about this subject and thought now is as good of a time as any.

First, I want to speak on love. Love should be an integral part of any conversation and I want to start off by saying that when we speak in and with love we have the audacity to not only change lives but to change worlds. Ours and others. Love of course begins with ourselves but when we know the depth and what it truly means to love ourselves, the truth, honesty and purity of that love can then be truly offered to another. Love is what we should offer to those we know but the true innerstanding of love goes even further to extend itself to those we don’t know.

Love covers a multitude of foolishness, ignorance, judgement, and anything else that one might consider sinful or just offensive; but it also heals them as well. Mainly because we want the best for everyone around us and if we truly understand that statement we have to innerstand that means EVERYone including those we don’t know. That’s where the next thing I want to talk about comes in; Wisdom. Wisdom is not saying something wise but placing the action behind the wise words we choose to speak. Wisdom, although a noun takes action by acting upon the knowledge, experience, insight and common sense that it has obtained to build a better world for itself and ultimately for others. We can quote beautifully placed words all day long but if we don’t have any action behind them they are just words that don’t build worlds. If you believe that you want your world to be different start placing action behind your words and see how the wisdom plays out.

Now, we have all heard someone say something that was misguided, misinformed, incorrect, or could be considered foolishness or ignorant and NOT said a thing. We have all been guilty at not saying something when we should have. Most often we don’t say anything because we think it’s not our business, our spirit didn’t lead us to say anything, we knew we were being judgmental, or we were afraid of the person’s reaction.  All of these are good reasons when you’re not walking in love and wisdom. But when you are walking in love and not that ole’ fake kind of love where you “say” you love people but as soon as they are out of earshot you have something to say about them, or what they’ve said or done, or maybe you even run and tell someone else or post it on Facebook instead of talking to the person themselves. But when you truly ‘LOVE’ people you can’t help but want to help them or want better for them. When you are truly walking in wisdom you know that even if they aren’t directly related to you that they still reflect you in some way or another and them not having the best information possible could affect you later down the line.  Think it’s not true, then you’re misinformed. Everything we do or don’t do has an influence on everyone else on the planet. We are all connected.  If I don’t take care of my children and they hurt someone else and then that person hurts someone else or becomes effected by that person who my child originally hurt will later down the line come back and affect me in some way.  Another example, if I have information that could help someone else that doesn’t have that information their lack of knowledge in that area will affect me some way and most times it is in your taxes that you pay; welfare is one way it comes back to you but there are many other ways that you end up paying for someone else’s lack of knowledge if you are truly picking up what I am putting down.

So, to say it’s not your business isn’t accurate, it is. Now, for many of us who say “My spirit” or “The Spirit” didn’t lead me to say anything, that is not an excuse. You’re not going to always be ‘led’ by the Spirit otherwise you wouldn’t have to ‘do’ anything the ‘Spirit’ would just do it for you. Sometimes it is up to you to do the right thing without having to be ‘led’ to do it. We have to get out of that childish mentality and begin to grow up and no longer be led by the hand to say something or do something that we know needs to be done or said. Sometimes you are placed in a situation because you have the information to give to someone and if you don’t give it to them they will go without until they have to experience something that teaches them that knowledge and usually this is out of pain and suffering or later someone else will have to give it to them. But you don’t know if that someone else is you. 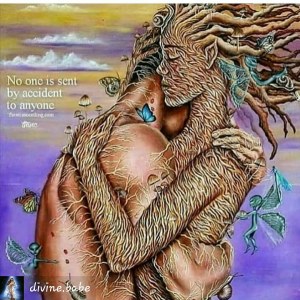 Sometimes someone has to plant the seed, another comes to water it, and someone else may give it a little sun light so it can grow.  You may not feel it so, but it’s like having food and someone is hungry, and you decide not to feed them because it’s not your place or you weren’t ‘led’ to feed them.

People are starving on this planet and I’m not talking physically, but mentally and spiritually and not giving them the necessary mental or spiritual nourishment or guidance that sometimes can only come from someone else is more of a reflection on you than it is on them. Have you ever asked yourself why you were the person with the information was privileged to hear the statement, especially if it seems coincidental because you didn’t even know the person. It was because you both were Divinely guided to the place that you both are on that date, day and time. Sometimes we are given situations especially after we say that we want to be placed in situations where we can help others.  Help comes in many forms and sometimes it’s information that gives the person who doesn’t have it the opportunity to get the help they need.

When we use the being led by the Spirit excuse it makes me wonder about the authenticity of our spirit. If you’re a Jesus lover and I use this because most people say that they love them some Jesus. And I’m not picking on anyone, I’m using this as an example. Even Jesus said that you will do greater works than he (John 14:12). What if Jesus who sat at the well to tell someone about themselves didn’t have the courage or said he wasn’t led by the Spirit to do it that day, or it wasn’t his business? (John 4:1-19) You can’t say “Well, he was Jesus”, and YOU who are greater by HIS standards.

Judgment is another reason we don’t say anything. It’s because we are totally judging that person and our intentions are foul and unloving. It goes back to loving people and wanting the best for them. When you love them, all people, you give them the information but when you are judging them you go back and tell everyone else the information that they should’ve gotten and mock or make fun of them because they don’t know it and call it ‘sharing’ wisdom with others. We have to choose to love every time. And remember love doesn’t stand in judgement. (Please know I can say all of this because I have done all of this myself and I know what it is. I know what it looks like, feels like and smells like because I have said all of these things and used them all as excuses to not be the one to say something.)

I too know what it’s like to be afraid to share truth with someone; lacking the courage and saying that I wasn’t led because I was unsure of their response. Are they going to come out of a bag on me or are they going to receive what it is that I’m saying. 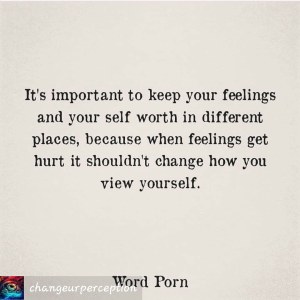 It can be scary but what’s even more scary is that person continues to say, think, or believe that what they are saying is accurate because no one cared enough to give them more information is scarier. Earlier I spoke about two things; love and wisdom. Wisdom is having all the information, knowledge and experience and using it. Love allows you to use that wisdom and share it with others so that they don’t have to go through some of the pain and suffering that you had to go through to experience and learn it. When we come from a place of love people can feel that. Most often when you lovingly share information with someone else they can hear you but when you’re coming from a place of judgment and uncertainty of whether you should say something or not they can feel that too and will not hear anything that you are saying.  We cannot truly say that we are wise until using that wisdom we have begun to share it with others effectively because wisdom is effective, shrewd, and profound. It knows the right words to use to gain someone’s attention. It knows where they are coming from, where they are heading, and how to help them on to a different path if necessary. It does not come from a place of empty vain words or ego. It shares with love because it knows that love is the purest place to share from. It is the only place that one can truly be heard from.

Now, I’m not saying that someone may not come out of a bag on you because their frequency is low that they can’t even hear you but even if they do you know that in wisdom you have given them the information. Whether they come out of a bag or not you have given them more information that they can now make better and more informed choices and decisions with. It is up to them to use it or not.

#latergram📷 Salad creation. I love playing around with food.

What If This “Is” The Way

This is an Experience Come With Me

Lifestrology; How the Aquarius Energy Moves Through the Houses