I know that some of you have probably wondered, “where is Kai?”  I’m here. Somewhat in varying degrees of dimensions of what ‘here’ is. I haven’t been on Facebook a lot. Here and there I’ll post but I am in a state of learning and have pulled myself away to get the best education that I possibly can. I’m doing my internal work still, but on a different level. 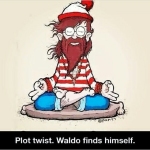 I haven’t written much because as soon as I think I know a thing I am then charged to bring that level of knowledge, school of thought, or idea even higher. I realize how much I know nothing. How does one speak on things unknown to its fullest. Even now I feel like I’m babbling. I have been in a class of in-depth innerstanding since February of this year. I had planned from October to December of 2017 to do some major things in 2018 and those plans were laid to rest or pushed aside to become more aware of self and Spirituality. I am compelled to dive deeper and go within even more than I ever have.

On Instagram (which I know sounds crazy) but by regranning or sharing most of what I am learning and gathering from the posts of some enlightened souls, I’ve found a sort of refuge. These souls, are relevant to my own innerstanding and have delved into the depths of the mysticisms of their own psyche and schools of thought to find truth by experience. 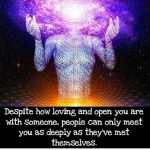 As I type, I find myself forming thoughts about the conversations that I’ve had on Conversations With Kai Mann these past two years and come to the conclusion that now, those conversations do not even begin to scratch the surface of where I am to go now. They were stepping stones to the reality of transformation but transformation as we know it has many levels and its time to take my quest even further. So I sit, get quiet and learn.

I perceive that learning is ever present, it is never ‘all’ or ‘done’ it lasts throughout eternity as we go from one transition or incarnation to another. I find lessons in everything that I do because I look for the lesson in everything that I do. Even in the mundane.  It is all school for thought to be taught from different angles and perspectives.

I’ve stopped most of what I was doing so that I could focus. Outside of a couple of clients I’ve taken life back old school. I knew that I needed a fresh start so I threw away the old canvas, well not really threw it away, I just put it down in the basement so to speak and bought a new canvas.  I’m still thinking if I should throw the old one away but I have started completely over.  I wanted my outer work to reflect  my inner work. I innerstand that I have got to get my house in order. Now earlier, I said that I took it back old school. I’m going to share my truths with you so that you can fully understand because bits and pieces of the truth will only complicate and confuse the lessons.

In February, I delved even deeper into working on my work. I knew that meant that I needed to work on my thinking. The way I have thought over the years have changed me in ways that I don’t recognize or care to take into my future. My inner world had begun to show outwardly and what I saw, I wasn’t too fond of.  I had built walls up from past hurts. I wasn’t that deeply rooted in love spiritually person I had once been. More aloof than ever, energy fully drained and not as focused in areas where I needed to be. Some of my thoughts were immature and unfinished, and I walked around using those thoughts as foundations for major decisions. I decided that I needed to do some things differently and on the next blog post I’ll begin to share exactly what those were.

Why am I’m writing these blogs? Well, I’ve decided to use my blog as an open journal to speak in truth about my transformational journey.  Join me if you’d like.

Today, take the time to notice the parts of you that you unconsciously project onto others. Ask yourself "Is it really that person that annoys me, or rather things about me that I have reflected onto them?"

A Journey to Healing- The Kim B. Davis Show

Create A Space To Be All of You

Do you feel it?