InkMann Press Series- Movin’ On Up!

“The destination isn’t necessarily determined by where you are, but more so what you’re doing while you’re there; and what your plan is to move forward.” 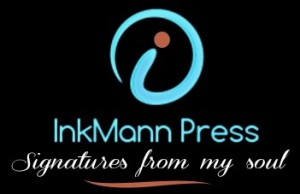 We all have those moments when our minds are made ALL the way up, and we come to grips with the fact that we have to GO forward, work inward, and “move on up”. Sometimes after a burst of Inspiration we believe that we’re ready for a change or an upgrade so to speak. Often we believe we’ve mastered a thing and we feel that we can handle going to the next level or dimension.

Believing it’s time to move on we set our sights to do so. We step out on faith and begin to get our balance when we notice a shift. Just as we get our footing we’re challenged with something that we were sure that we had conquered. We thought ourselves skilled in that particular area, but we quickly realize that we’re not. We’ve got two choices and those choices define our character and everything else about us. What we do next is the most important move we’ll ever make.

The most important moves we make are affected by the chances we take and the decisions we make. You can either stay stuck or you can recognize that you still have work to do and seek to do it so that you get better. What you do at this point defines the movement you’ll make, if any. Every so often I have the opportunity to talk with a woman, who I believe is the wisest woman I know. I’m not just talking people that I personally know either. Anyway, I digress. We were talking about movement. She suggested that movement can also be linear and people not realize it. They are doing events, speaking engagements, but everything that they do is just like the last thing with no movement into another level or dimension. The reality is that they think ALL movement is consistent with growth and that cannot be farthest from the truth. When movement is linear, there is no real growth or success to be had, although they are doing everything to go higher, they’re not moving at all. You see, we can be in a particular geographical location working feverishly on our passions and not be able to move past the city limits. To be able to make the most impactful moves that will lead us outside of our normal borders we have to work from the inside out.

In life we are often challenged and given the chance to take full ownership of our lives and master ourselves. It’s not easy either. This step is not taken for the faint at heart. Deciding to go to a new dimension has to be more than just an idea. You have to be ready to execute on a level higher than you’ve ever been. Think of levels like escalators to Dimensions. The way you think on each level helps you to move to the next level. When moving to a dimension you have to take everything you’ve learned on each of those levels to take you into another atmosphere. Inability to think past your immediate surrounding will only yield linear movement and not dimensional movement. Dimensional movement does not imply a shift but a total transformation.

A lot of times we say that we’re ready to do the work but when it comes down to it, we allow ourselves to get distracted. Sometimes, we believe that it’s too much work so we procrastinate or never finish what we start. Saying you’re ready to do the work but not be willing to change will make your job that much harder. Not because you’re not ready but because you’re unwilling to change. When you want to be the best you that you can be, your actions have to match your words.

During the process we come across the work and sometimes seeing how much work it costs, we begin to faint. Sometimes it’s not the requirement of the work but the act of being responsible for the work. It’s different when someone else is responsible and we’re not held liable. Unconsciously some of us think that if we focus on everyone else it exonerates us from being ready. But when we step one leg at a time into our big girl and big boy pants we tap into the power that we have to move forward successfully. When we are willing to get our feelings hurt, die to ego, let our lights shine, and be ALL that we have ever wanted to be we surpass levels and move into dimensions.

Speaking of dimensions, I’ve heard Oprah say that nothing is ever wasted and as I look back over my life I realize that she is absolutely right. Oprah has moved into many levels and dimensions in her lifetime because she has used everything that she has ever learned.

I too have begun to use everything that I have ever learned without leaving any stones unturned. Even the things I thought were useless have been used in some way. When it was time to move closer to my dreams I added a coach to my life. My coach holds me accountable to do only those things that involve dimensional movement. I have to be honest and say, at first I didn’t enjoy the coaching experience because my ego was in the way. I had a problem with being told what to do when I had been doing it for forty-seven years. She even tap danced on my nerves a couple times, but it took me a minute to understand that she was trying to help me and not hurt me. Even still, it was me who said that I wanted to move dimensionally without full knowledge of what that meant. Full understanding teaches that Dimensional movement allows you to hear the truth, learn the lesson, and execute.

#latergram📷 Salad creation. I love playing around with food.

What If This “Is” The Way

This is an Experience Come With Me

Lifestrology; How the Aquarius Energy Moves Through the Houses