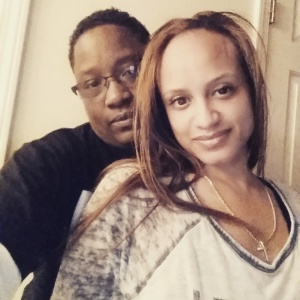 The excitement started days before the concert. My partner and I not oblivious to it, but spiritually we knew we were entering into another milestone of our lives past our relationship. We attended our first Erykah Badu concert together in 2008 at Chene Park. The view, the music, and the company were one of the many highlights of our almost nine year journey.

Last night we celebrated again as the culmination of which we were, we were no longer, and who we will be has yet to come. Somewhere in between, we have awakened to the challenges before us and walk graciously through them.

When we left our home we left in excitement of what the concert would hold for us. On the drive memories of the events from the first concert we shared together slipped in and through our minds like waves racing back to the shore.

I’m not sure if we noticed if the crowd was an unusual one or not, but we filed in with them from the parking garage into the Fox Theatre. The vibrations in the air indicated that we were all there to hear some good music and vibe along with the artists who came to share their gifts.

Erykah’s flight was delayed, so was the show. We sat talking and laughing together while we waited. Took silly pictures, and laughed some more. Finally, an hour later the concert started.

The first sounds blazed the speakers and literally seared my spirit. I sat motionless for a moment thinking to myself “Will I be able to do this”. The vibrations from the speakers shook my insides and made my heart skip a beat and for a moment I could not breathe. I looked around at everyone in the crowd and thought “Am I the only one feeling this”. My body quake in a frequency so low that I thought I might stop breathing altogether. I leaned over to my partner and said “I don’t think I am going to be able to do this” and in response she said “I think I’m going to have a panic attack”. I ushered her out of the theatre and we went into the lobby where drinks were being sold both talking about the experience that we both just shared.

We look around at the crowd to see the faces of anyone standing near the entrance as the bass shaking everything in its path could still be heard and felt. Even standing in the lobby, I thought my soul was about to be stolen. The faces of others were not in a state of panic or alarm and I was disappointed. How could anyone be used to this. How could so many people be okay with traveling on this frequency? I felt one beat away from death and they were numb.

We watched the ushers who were all elderly women standing in the entry way to the theatre to see if the music bothered them. Nope, there was no sign of panic on their faces either. We scanned the line of people handing their tickets to the same ushers to seat them and no one’s face reflected anything near what we felt. We decided to stay in the Lobby until the frequency changed to something more enjoyable. We didn’t want to lose out on the money we had spent for our tickets and not have been able to see who we came for, Erykah Badu.

The frequency changed to something more suitable and we walked back into the theatre just as the lights were being lowered. As we found our seats, the familiar sounds from Tank was accepted by our spirits. We were grateful this time to be able to sit and hear and not be fearful of our lives.

Although the concert was not nearly what we had expected, it opened our eyes to something we had not thought about nor experienced ever. That experience would open our spiritual eyes to see a level of consciousness so low that it could possibly kill you. It felt as if every body piercing beat was violently changing my internal frequency to something death defying. What was even sadder was being made aware of the many zombie-like spirits that walk together on the same path, on the same low frequency.

In my quest for a spiritual awakening I am learning more than I ever thought possible, but at the same time I understand that I still have lots to learn and experience. What this experience has taught me is to be more aware of what I allow into the most inner parts of me and that there are some frequencies so low that they will stop your heart and ultimately kill you.

We were thankful for the higher frequency of Erykah Badu.  When she graced us with her presence we welcomed her on stage but still there was something that was lacking in our experience of her. We, both, are not sure if we had been tainted by the previous experience prior to her arrival but the concert was not nearly the same as the first time. I think from now on, I will only invite my spirit to more intimate settings of musical experiences that way I may be able to control what I allow a little more. I am however, still grateful for the experience and the lesson as I move along my soul journey.

Libra resonates with the heart chakra. The Heart Chakra is the source of emotional healing and is a strong chakra for Librans and this makes them build strong bonds.

What Are You Afraid Of?

Growing and Being Uncomfortable

Wanting People To See Your Change